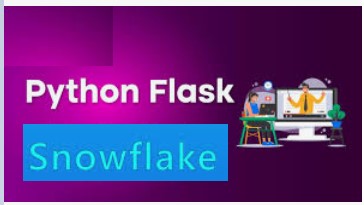 During this post we will discuss how to access data stored in Snowflake via Python REST API. In our Python code will use FLASK API to get Snowflake data. Consider the case where web applications often want to retrieve that data through http APIs. This API consists of reporting endpoints from data stored in Snowflake. We will hit the API from URL with query as parameter. This will route to the tag defined in the python code. Query Executes and in response returns the JSON data. We have transformed this JSON response into Dictionary.

So we will learn :

Also I tried to connect the Snowflake via two approaches:

To develop the same following connectors has been imported/installed on your environment.

Please find below the technical implementation of Python Code:

Note: engine and conn are used to connect with snowflake via Sqlalchemy and Snowflake connector respectively.

Define the REST API end point to hit the snowflake and retrieve the response in JSON. 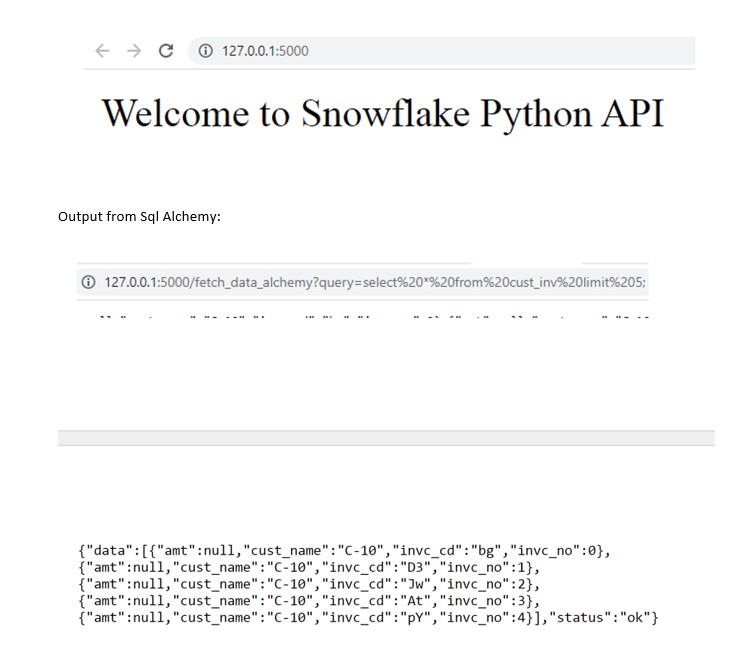 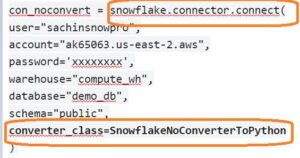 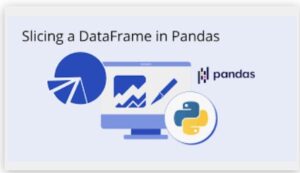 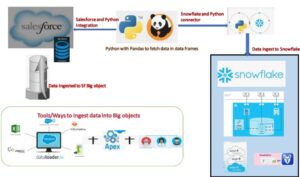 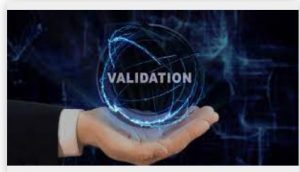 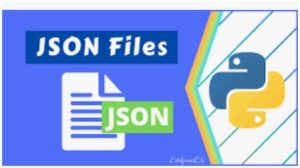